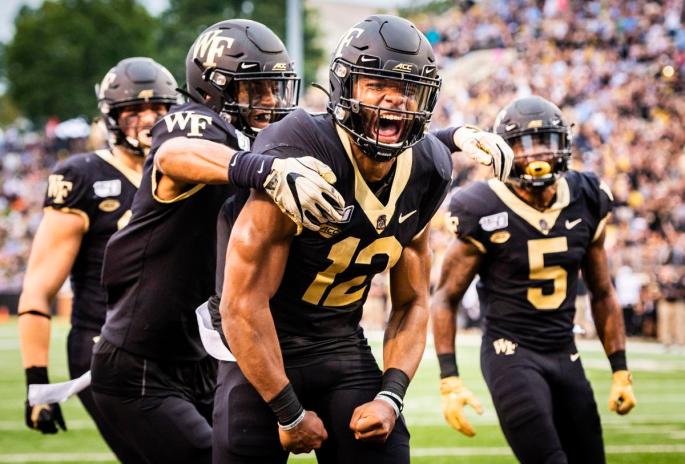 Next up on our Heisman Watchlist Feature is the type of player that has been the latest craze when it comes to winners of this award – transfer quarterbacks. Three straight transfers have won the Heisman, and each of the top three in the final Heisman voting last season was a transfer quarterback. So, it’s natural to include one of the biggest transfers from this past offseason  on our Heisman Watchlist, so today, we are featuring Jamie Newman of the Georiga Bulldogs. Newman dominated the ACC with the Wake Forest Demon Deacons last season, and he will look to replace Jake Fromm – an early departure and 5th-round pick of the Buffalo Bills. To do so, he first has to fend off fellow transfer – J.T. Daniels of USC – but Newman is considered the early favorite in that quarterback battle.

Newman may immediately become the best quarterback in the SEC due to his dual-threat abilities. He threw for 2,868 yards last season, and he ran for an additional 574. He scored six times on the ground and found the end zone 26 times through the air. Newman led the Demon Deacons to a 5-0 start before fading to 7-4 and a Pinstripe Bowl loss to Michigan State. Newman was very good during that 5-0 stretch, posting a 21-27 effort against Rice, tossing 312 yards and three touchdowns to no picks in the 41-21 victory. He also ran for 78 yards and 2 TDs against UNC and churned out 102 rushing yards versus BC one game later.

The second half of his season was inconsistent, but Newman continued to flash his talent on several occasions. Against North Carolina State, coming off Wake’s first loss of the year, Newman rallied the Demon Deacons to victory with a mistake-free 287-yard, 3 TD performance. His 94.8 QB rating that day was the highest of the season for Newman. Three weeks later, facing Duke on Wake Forest’s senior day, Newman broke off 144 rushing yards and a touchdown, to go with 284 yards and a TD through the air. Possibly his most complete effort of the season, Newman helped Wake snap a two-game skid and win their senior day clash.

Playing in the SEC for the first time, Newman should have no issues with gaining opportunities for Heisman moments. As the SEC schedule currently sits, the transfer signal-caller is slated to be truly thrown into the fire, as Georgia faces Alabama in the SEC opener. He’ll also have a chance for a big game against Florida, a clash which may decide the SEC East. Big games in either of those contests could prove crucial in a Heisman push for Newman.

However, playing in the SEC East makes things tricky as well for Newman. For one, he’s in a situation in which anything short of a division title will be considered a disappointment in the eyes of Heisman voters. He faces some tricky games, including a clash with the Kentucky Wildcats. Kentucky had one of the best pass defenses in the country last year and returns a lot of production. They are not likely to be a division contender, but they could definitely push Georgia to the limit. The Bulldogs have suffered surprising losses before (What’s up South Carolina), and Newman will absolutely need to avoid that and keep his numbers looking appealing to voters at the end of the season.

The SEC East is a wide-open race next year, as there are a few teams hoping to end Georgia’s three-year reign atop the division. Kentucky and Florida are the Bulldogs’ most likely challenger, but another interesting discussion is the quarterback room. Georgia is getting a new signal-caller, while Kentucky returns their star from injury. Here are my rankings of the seven quarterbacks in the SEC East, based on how they can impact their team in 2020.

Newman has the most potential, and he is one of the best dual-threat quarterbacks in college football, playing for a team that wins. It would be hard to not put Newman as the top QB in the SEC East.

Florida under Felipe Franks was the definition of mediocre. It wasn’t that Franks was bad, he just wasn’t much better than average. Trask led the Gators to an 8 and 2 record while under center, throwing for almost 3,000 yards and 25 touchdowns. Trask has a lot of potential but will be under a lot of pressure to produce in the swamp in a three-way race for the top of the SEC East.

Terry Wilson is a straight-up winner, having gone 12-3 during his tenure at Kentucky leading them to a Citrus Bowl win over Penn State in 2019. Coming off a torn ACL that he suffered last season, it will be interesting to see how he rebounds; however, if he comes back the same or better than before he got hurt, and with the ‘Cats returning 19 starters, look for Kentucky to make a serious run at getting to Atlanta in December.

Ryan Hilinski is a fighter and a dog but he is not the man to lead South Carolina out of the ashes. To cut him some slack, it isn’t all his fault – his team just fails to perform at a high level. Last season featured a great overtime win over Georgia, but also a terrible loss at home to App State. South Carolina fans should be happy with a top-four finish in the East with Hilinski next season.

Don’t you feel every year Tennessee should be way better than they are? Jarrett Guarantano lead the Volunteers to a 6 game win streak to end the last season, and they return decent starters. They also have some good recruits coming in but history has told us that it doesn’t mean they are going to gain relevance anytime soon. Expect a .500 year from the mediocre Volunteers lead by a mediocre QB in the best conference in the country.

What happens when you can’t start at a traditional power, but you still want to play in the SEC? You go to Vanderbilt. Nothing against Danny Clark, but he is not the guy to turn around Vanderbilt, and he shouldn’t take it personally – Joe Burrow couldn’t turn around Vanderbilt. No quarterback will make a difference for the Commodores, and they will end up around 4-8 this upcoming season.

Most of you have heard of Shawn Robinson before because he started for TCU in 2017. After transferring to Missouri, he is set to take over for Kelly Bryant due to true freshman Connor Bazelak tearing his ACL. The Tigers are another team not to expect much from next season, and expect even less from Shawn Robinson. 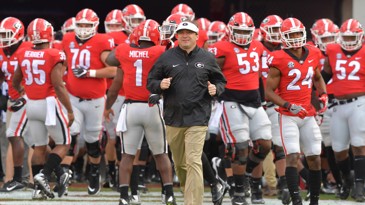 Georgia can either come out of the draft as winners or losers. The fate of Georgia lies in the hands of head coach Kirby Smart but not as you may think. It is no secrete the Georgia Bulldogs have dominated the SEC east the last couple seasons but if Kirby Smart doesn’t pull things together this season Kentucky and Florida will be looking for their opportunity to take to the top of the East.

Georgia can be huge losers coming out of the draft for the obvious reasons – they lost many of their biggest impact players. A three-year starter at quarterback in Jake Fromm left Athens a year early, only to drop into the 5th round to the Bills, where he will sit behind Josh Allen for the foreseeable future. The Bulldogs also lost their one-two punch in the backfield with D’andre Swift going in the 2nd round to the Lions and Brian Herrien signing with the Browns as an undrafted free agent. Now for most teams that would be difficult to rebound from, but that’s not all Georgia lost.

They also lost their top three offensive tackles with Andrew Thomas and Isaiah Wilson going in the first round and Solomon Kindley going in the fourth to the Dolphins. Other notable departures on the offense were tight ends Eli Wolf and Charlie Woerner along with wide receiver Lawrence Cager. On defense, Georgia lost Tae Crowder and JR Reed among others. In total, Georgia lost 15 players to the draft and free agency leaving gaping holes both in their offense and defense. With schools like Kentucky returning quarterback Terry Wilson next season and only losing two starters things are not looking good for the Bulldogs for next season as of right now.

Georgia is unique though in the fact that if Kirby Smart plays things right in Athens this year’s team could be better than last years. Promptly following Jake Fromms’ decision to forego his senior season and declare for the draft Smart upgraded his quarterback groom by signing Wake Forest transfer, Jamie Newman. It will only take one game of watching Newman for Georgia fans to forget the name Jake Fromm. Georgia lost Justin Fields two years ago but they signed the next great dual-threat QB this off-season. Jamie Newman will transform the Georgia offense from the boring ground and pound offense it has been in the past to an explosive dual-threat offense. Another reason for Georgia fans not to worry? They are RBU, and that means you always have great running backs and this season should not be any different. Junior James Cook, brother of Minnesota’s Vikings’ running back Dalvin Cook, will be getting the majority of the carries and, although his carries have been limited with Swift and Harrien taking on the bulk of the workload last season, he is very capable of stepping up in a big way for the Bulldogs this season.

Georgia did lose three key offensive linemen this season, but this is not a cause for massive concern, due to the fact Kirby Smart brings in new monsters to protect his quarterbacks every year. The wide receiving corp should also be much better this year with new recruits coming in and other young wide receivers will have had another season to develop. My final argument for why Georgia should be absolutely fine next season is Kirby Smart is a defensive coach – after giving up 24 points per game in his first year, Smart’s defenses have given up under 20 points per contest for the past three year, lowering the mark to under 13 points in 2019. Their defense will always be a mainstay so long as Kirby Smart is coaching.

If you are a Georgia fan, wait on hitting the panic button for now. There’s little reason to panic unless you’ve already lost two games, and with the highly talented Jamie Newman taking over under center, that seems unlikely to happen in the diluted SEC East.